How To Be A Present Father

The common perception held by most people is that fathers play a secondary role in children’s development and upbringing. For the most part, when people refer to a father’s role in his children’s lives, they don’t view it as essential. The onus of upbringing and care is always placed on the mother. However, not only do we believe that fathers play a pivotal role in their children’s lives, but there is also plenty of research to support that.

According to the US Department of Health and Human Services, involved fathers directly impact a child’s emotional health, social development, overall health, and even self-confidence and self-respect. Even academically, children with involved fathers have been found to perform far better.

Being involved begins far before your child is born. It begins from the moment of conception and continues throughout your child’s life. Exactly how mothers begin their journey with their children from the moment the pregnancy test comes out positive. Both mothers and fathers play an integral role in a child’s life. It would be unfit and unfair to assume that any parent ought to take more care of the child than the other.

How does being an involved father impact child development?

Let’s break down the impact of an involved father on his children. Aside from the statistics mentioned earlier, there are some fundamental differences that take place in a child’s life.

A child’s problem-solving capacity and emotional intelligence increase when they have an involved father. According to studies conducted on children who had involved fathers throughout the duration of their first year of life, these children performed better on cognitive development examinations. Moreover, these children also displayed heightened levels of exploration and curiosity. Active dads’ children were also found to score higher on math and verbal assessments. They are also less likely to commit juvenile crimes or drop out of school.

Active fathers prove to be excellent role models for their children. This boosts better behavior and also increases children’s confidence. As a direct result of that, children also exhibit fewer behavioral problems and impulsive tendencies. In addition to that, increased awareness was also observed.

One must not ignore the impact of emotional support provided by a father. Supportive fathers raise more confident and happier children. They understand the importance and relevance of being loved. Resultantly, they also display higher levels of understanding and tolerance in their behavior.

A child that gets attention from both parents is privy to two unique perspectives on life. Not only does this broaden their mind, but it also aids in problem-solving. Such children tend to think outside of the box since they were exposed to different perspectives from an early age.

How can a father be more involved?

Praise and appreciation go a long way. A child that receives consistent approval from their father grow to be more confident and positive in their approach towards life. A lot of people believe that fathers can only truly be present in the lives of boy children. But, that is not true. Girls whose fathers are a constant source of support grow up with a lower risk of teen pregnancy, early sexual experiences, and even early puberty.

Another interesting fact to note is that having a present father leads to advanced language development. It helps even more if the father can speak multiple languages and engages his child by using different languages.

From playing to positive affirmations to listening, fathers can make their children feel noticed, loved, and heard in a plethora of different ways.

All in all, being an involved father is highly beneficial for your child’s upbringing, growth, and overall quality of life. There are plenty of different ways for fathers to be present for their children at every stage of growth and development. It is completely alright to be clueless at the beginning. There are plenty of resources to learn more about fatherhood and start being an involved parent today. 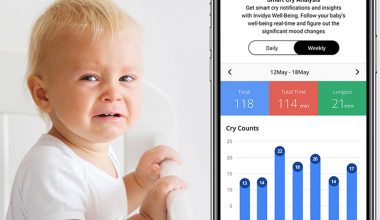 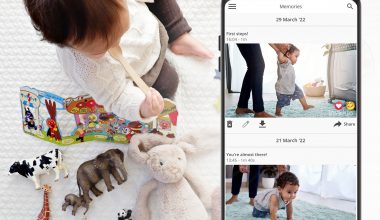 Ghada Ibrahim
Back to top